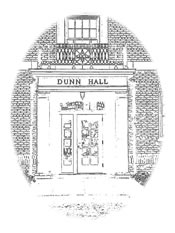 In acknowledgment of this history, the Department of Communication and Journalism recognizes the land that supports and makes the University of Maine’s teaching and research mission possible is Marsh Island. It is formed by branches of the Penobscot River and is part of the homeland of the Penobscot Nation of the Wabanaki Confederacy (People of the Dawn Land) which includes the Abenaki, Passamaquoddy (Peskotomuhkatiyik), Maliseet (Wolatosquey), and Mi’kmaq Nations. Wabanaki peoples have lived in “what are now the Maritimes and Gaspé region in Canada and the northeastern United States”3 for at least 13,000 years and the Confederacy was formed in the mid-1700s. Wabanaki challenged English settlement from the early 1700s and sought to negotiate boundaries that were sustainable. In the 1800s, as part of U.S. settlement and dispossession of land from the First Nations, the Maine courts abrogated Wabanaki land and legitimized the relocation of its peoples which caused the loss of 96% of its population and included family separation, forced adoption, Christian conversion, and assimilative education. Today, there are 8700 members of Wabanaki bands and tribes residing in Maine, part of the Penobscot Nation (Pnawahpskek), Aroostook Band of Micmacs, Houlton Band of Maliseet Indians, the Passamaquoddy Tribe at Indian Township (Motahkokmikuk) and the Passamaquoddy Tribe at Pleasant Point (Sipayik).4 You can learn more about contemporary Wabanaki life, sovereignty, culture, and history here and here. The efforts of Wabanaki people to live with settlers through persuasion and traditions of Indigenous diplomacy demonstrate that traditions of what settlers called oratory existed and thrived beyond Europe.

Lands seized from First Nations would become the campuses for U.S. higher education. In 1862, President Abraham Lincoln signed the Morrill Act for the purpose of establishing colleges and universities across the United States. To do so, the Act ”worked by turning land expropriated from tribal nations into seed money for higher education.” This encompassed roughly 10.7 million acres of land “taken from nearly 250 tribes, bands, and communities over 160 violence-backed land cessions, a legal term for the giving up of territory.”4 The Maine Legislature accepted the Federal mandate in 1863 and initially considered enlarging Bowdoin College or Colby College with additional lands seized from Wabanaki peoples. Eventually, Marsh Island was chosen as the site for a new college. After the Civil War, the new college was founded and on September 21, 1868, twelve men passed the examinations for entrance to the Maine State College of Agriculture and Mechanical Arts. Sale of 207,124 acres of Western Indigenous land raised $116,219 for the University of Maine ($1,869,254 in adjusted dollars). The United States paid $12,555 relative to these lands ($359,916 in adjusted dollars).5

The University has changed and expanded substantially in the more than 150 years since its founding. When Maine State College opened its doors in 1868, it served a small number of male students restricted to European ancestry and it emphasized agricultural and engineering subjects. Like all US higher education institutions, Maine has a complex history of gradually, fitfully expanding access and support to people excluded at its formation.  White women were admitted for all curricula in 1872 and Black students were admitted as late as the early 1900s, although acceptance of white women and Black students was another issue. Student activism in the 1960s, LGBTQ activism in the 1970s, faculty activism that lead to the founding of the Women Studies Program in 1981, the establishment of Native American Programs, and the recent bilingual English-Penobscot signage initiative all are critical events in the University’s ongoing movement to acknowledge historic injustices and live up to its mission as a learning institution for all. For more on the bilingual signage initiative, see here, here, and here.

1 This department history is a living document and a work in progress.

4 Wabanaki spellings of tribal affiliations reflect the decisions of current tribal governments. There are four federally recognized tribes in Maine. For example, while there is the Aroostook Band of Micmacs in northern Maine, their kin in present-day eastern Canada often prefer the spelling Mi’kmaq (noun) and Mi’kmaw (adj). The kin of the Houlton Band of Maliseets along the St. John River refer to themselves as the Wolastoqiyik.