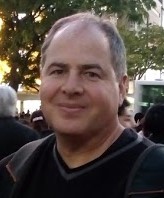 Michael J. Socolow is a media historian whose research centers upon America’s original radio networks in the 1920s and 1930s.  His scholarship on media history has appeared in Journalism & Mass Communication Quarterly, The Journal of Broadcasting and Electronic Media, Technology & Culture, and other scholarly journals.  He is the author of Six Minutes in Berlin: Broadcast Spectacle and Rowing Gold at the Nazi Olympics (Urbana: University of Illinois Press, 2016).  He was awarded the 2018 Broadcast Historian Award by the Library of American Broadcasting Foundation and the Broadcast Education Association for Six Minutes in Berlin.  In 2019, Professor Socolow was a Senior Fulbright Research Scholar at the News & Media Research Centre at the University of Canberra [Australia]

He is also a former broadcast journalist who has worked as an Assignment Editor for the Cable News Network and as an information manager for the host broadcast organizations at the Barcelona, Atlanta, and Sydney Olympic Games.  He has written pieces on media regulation and media history for The New York Times, Washington Post, Slate, Politico, Columbia Journalism Review, the Chronicle of Higher Education’s Chronicle Review, and other journalistic outlets.  In the Department of Communication and Journalism, he teaches CMJ 211: Journalism Studies I, CMJ 237: Journalism Across Platforms, CMJ 380: Advertising, Media & Society, CMJ 489: Seminar in Media Ethics, CMJ 520: Media History, CMJ 525: Propaganda and Political Persuasion, and other courses.

In July, 2020, Dr. Socolow was named Director of the McGillicuddy Humanities Center at the University of Maine.

For more on Professor Socolow’s scholarship check out his Google Scholar profile. His Open Researcher and Contributor ID (ORCID) page can be found here. He tweets at @michaelsocolow.

“The Other George Floyd Story: How Media Freedom Led to Conviction in his Killer’s Trial,” The Conversation, April 22, 2021.